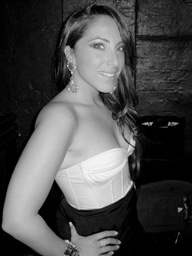 For Jewish singles in the dating trenches, it’s the best of times …

Batsheva Halberstam, a 30-something psychologist from Manhattan, said she didn’t even have to renew her subscription to JDate, the popular online dating site. That’s because she recently married the first guy she dated from the site. Don’t knock online dating, she said. “I think I liked that he actually read my profile,” Halberstam said.

And it’s the worst of times …

“I’m always on the sites, but nothing great ever comes of it,” says Richard Mansour, 42, who lives in Manhattan, works in his family’s food business and describes himself as Modern Orthodox. “They write back and e-mail, but at the end of the day, I’m looking for a wife. I’m not looking for a pen pal.”

The paradox of being single today — the existence of powerful technology like online dating and Facebook to bring people together as never before, and at the same time to render social interaction depressingly impersonal — is particularly alive as spring hits with full force and the dating season gets into gear.

In interviews with singles, event organizers, matchmakers and rabbis to try to gauge the state of the Jewish singles scene, the backlash against Facebook and online dating is palpable.

The writing might be on the wall (especially on Facebook), but while online matches can be extremely useful, there is also a danger, according to Rabbi Kenneth Brander, dean of Yeshiva University’s Center for the Jewish Future.

“When you categorize, and have so much information, you can end up hiring a spouse instead of looking for one,” he said. “People looking for an exact match might wind up only wanting to go out with themselves.”

Rabbi Brander added that it is imperative to find “healthy and appropriate ways” for Jewish singles to meet, as there has been “too much separation of the sexes” in the Orthodox community.

That’s why he and Efrat Sobolofsky helped to spearhead YU Connects, a year-and-a-half-old initiative that has produced more than 30 marriages. Its May 7-9 singles weekend spanned the globe with 1,000 singles participating in classes and gatherings at synagogues and homes. An online “trigger” video has also been used to show the common concerns of singles.

Sobolofsky, who is a social worker, said that singles need to be a bit more open. Instead of refusing to go out with someone because he or she might not be perfect, a “what’s a cup of coffee?” mentality would be better.

For the many Jewish singles who are in the mood for clubs, there’s event planner Nelly Rosenking, whose popular Nelly’s List parties at premier venues include “Queen Esther’s Ball” and “Matzah Mayhem.” The Brooklyn native, who is single, offers one piece of advice for partygoers: “Large groups of friends come and dance and that’s great, but sometimes they just hang out with each other or stand around,” she said. “They need to disperse because that’s the only way they are really going to meet people.”

She said that aside from nellyslist.com, she may begin to do matchmaking soon.

Friends need to step up and help, especially since matchmaking and online sites don’t work for everyone, says actress Michelle Slonim. Slonim is slated to act in and produce a play titled “Date My Jewish Friend Play,” and is hosting a party of the same name (as a fundraiser for the play) on May 20, where people are required to bring a member of the opposite sex. A Jackie Mason impersonator will flirt with the females.

Slonim said it was through a friend that she found her boyfriend. “For people that might be a little shy, when you have friends that vouch for you it definitely gives you a boost of confidence,” she said.

Kutsher’s, the last remaining kosher Catskills resort, is expected to play host to more than 150 young Jewish professionals of all denominations as Eli Lunzer of Le Entertainment runs a Shavuot weekend next week.

Live events are better than online dating, says Jon Singer, who travels from Connecticut to Manhattan for parties and concerts. The 41-year-old software programmer said that when he’s on a dating website, he feels like he’s working and reading resumés.

On SawYouAtSinai.com, a popular site for Orthodox singles, one 29-year-old said his heart filled with fear when he saw the photo of the girl he was to be matched up with. With one look at her face, he knew it could never be.

“She was too beautiful,” he said. “It sounds crazy, but if you marry such a beautiful girl, you will always be jealous.”

Marc Goldman, co-founder of SawYouAtSinai.com, said he recommends that people use multiple avenues when it comes to dating and added that in the last year, his site was in certain communities providing matchmakers who would meet with people. He added that daters should take setbacks with “a grain of salt.”

Echoing his sentiment was Marissa Katz, a Conservative cantorial soloist and voice teacher. She said she had met her share of frogs and went to an Aish NY event on West 83rd Street, hoping to meet a prince. Katz wound up meeting her husband and said people should try to remain positive even if they have bad experiences.

“Everyone gets burned,” Katz said. “But if you put up a wall, it doesn’t matter how many events you go to. You’ll never meet anybody.”

Sobolofsky said that while bad experiences can be painful, people can view them as learning experiences.

One pharmaceutical salesman from Woodmere, L.I., said he can attest to the fact that being single can be draining but added that you can’t get in the mindset of complaining.

“It’s hard, especially when you get older,” the 44-year-old said. “You have some bad dates, you go on a losing streak and you start to tell yourself you’re just meeting the same people over and over again, so there’s no point in even trying. But you have to fight through it and keep trying.”

And guys focus too much on work and then want much younger girls, says Aaron Ellner. Though he is only 24, the Woodmere resident is the newest matchmaker on the scene. At a party on Sunday night, Ellner, who has dated the same girl for several years, advised men on how to dress and how to approach women. Ellner, who launched his site TheDatingWingman.com two months ago, said singles need help.

“They often look past people who would be perfect for them,” he said. “People stick to their social circles instead of branching out, and they need help to meet new people.”

According to some women, guys are still commitment-phobes. A 35-year-old recruiter on the Upper West Side said she dated a guy who said he could not be exclusive because he was going on vacation and wanted to keep his options open.

In a time where there are so many questions and so many theories, the basic advice of the experts is: Don’t just go online, don’t just stand around and don’t get blue.

And don’t say there’s nothing you can do, says urologist Michael Hoffman, 34, who met his wife on JDate. Hoffman said that while Jewish singles go through a lot of anxiety and hear a lot of advice, he has two foolproof suggestions: “Go to the gym and put a smile on your face.”